Warning: Parameter 2 to WPE\Site_Preview::the_posts() expected to be a reference, value given in /home/customer/www/chewsomegood.com/public_html/wp-includes/class-wp-hook.php on line 307
 A Food Intolerance Came Out of the Blue, How Did You End Up Here?

A Food Intolerance Came Out of the Blue, How Did You End Up Here? 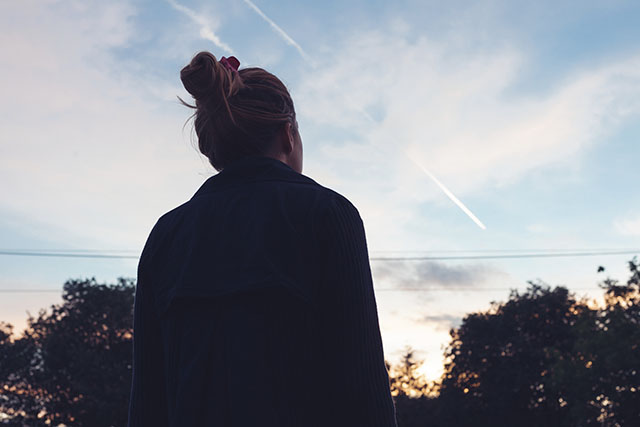 The world was your oyster, a beautiful buffet of endless culinary experiences, choices and treats. Without a care in the world, you could eat whatever you pleased, whenever you wanted. Yep, that was a taste of the good life.

If you are reading this then you are one of the many increasing numbers of people who are becoming intolerant to a variety of delicious, nutritious and wholesome foods. Sucks right?

As you already know, having a food intolerance is like navigating your way through a minefield. You have to tread slowly and carefully to avoid detonating a heap of symptoms that you would rather not deal with.

Eating is one of life’s rich and simple pleasures.Restriction from this freedom cuts us off from wholesome living. Food is a gift, a gift enabling us to thrive, be at our best and to give our best, to ourselves and others.

Are you motivated? Ready to start eating whole again? Its time to take a trip down memory lane. The past holds a clue as to how your food intolerance(s) may have developed. Re – trace your steps and you find the culprit(s).

Read the sections below and piece together an idea of what fell out of balance. This enables you to take action, move forward and step up to the buffet once again.

How Does It Develop?

Whilst some cases of food intolerance involve genetic predisposition, we are seeing an increase in allergy and intolerance that cannot be totally accounted for simply by genetics.

Surprise, surprise; a dominating factor in the development of a food intolerance is inflammation. This has become somewhat of a buzzword as of late, for good reason. Inflammation underpins a range of diseases when ongoing, or chronic.

While a little acute inflammation is good for protection and healing, chronic, low grade inflammation is problematic to say the least. Exposure to inflammatory triggers, not limited to food, can account for ongoing inflammation. Take stress and environmental toxicity for example.

The relationship between a food intolerance and inflammation is akin to the story of the chicken and the egg; which one came first?

This is because one drives the other. If inflammation is present, the gut becomes irritated and food is poorly tolerated. If you eat a trigger food, this could be recognised as a ‘threat’ and cause inflammation. 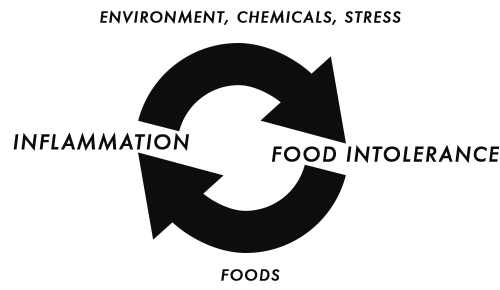 If food reactions are ongoing, this could be indicative of low grade inflammation. If inflammation is chronic, due to consistent exposure to irritants, this can damage the cells of the gut.

The gut is like a border control with customs officers. The officers let familiar particles through and send unfamiliar ones packing.

With wider junctures, picture less customs officers manning the borders. Unfamiliar particles pass through freely. A ‘Leaky gut’ can cause a variety of symptoms and contribute to further health conditions such as:

Forgive me for continuing this analogy, but it is an effective one; Imagine the particles are terrorists. They have made it through the customs border (less officers/cells) and the military are awaiting them on the other side. The military are the antibodies secreted by our immune system. A firefight ensues, bullets are flying everywhere whilst the military seek to eliminate the terrorists. This firefight is inflammation.

A few bullets run astray and harm innocent bystanders. These are our enterocytes (gut cells) and they get damaged as a result, further opening up the tight junctures. Now more particles can leak through the gaps in the gut.

Damage to intestinal integrity and gut cells – thats a Leaky Gut right there. Not ideal.

Below you can see the gaps are larger between the enterocytes (gut cells) in an inflamed bowel. This is where bacteria, toxins and undigested food particles can leak through and wake up the immune system. 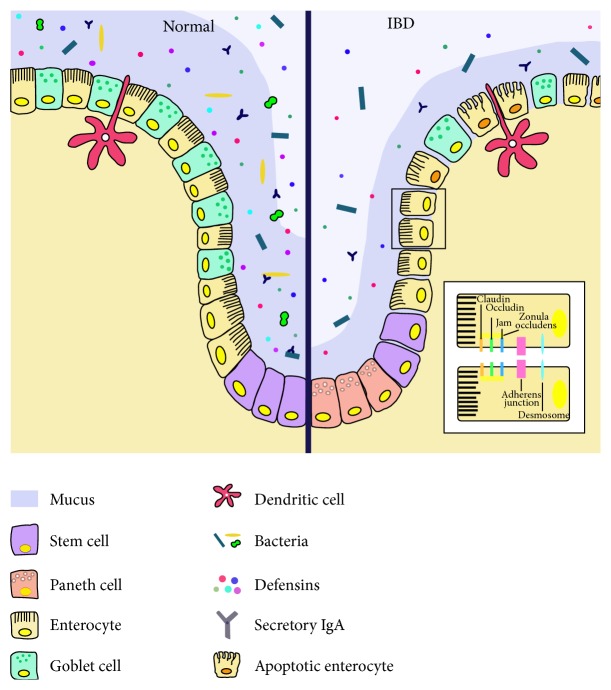 A. Michielan and R. D’Incà. Components of the mucosal barrier in healthy gut (left) and inflammatory bowel disease (IBD) (right). 2015.

The Microbiome, a collection of your bacterial allies and enemies live in the intestinal tract. Your bacteria assist with the breaking down of food particles after digestion and promote their absorption. The function of these bacteria is largely dependent on their diversity and type, and can easily become dysregulated.

These guys chop up and serve up nutrients which get absorbed through the gut wall. Your gut and its bacteria work as a team to provide you with optimal nourishment – when they are in harmony that is.

The inflammatory triggers listed above also affect the micro biome, promoting the growth of bad bacteria and pushing out the good. Dysbiosis is the name given to this imbalance within your bacterial ecosystem.

The bad guys can thrive when you have encountered the list above, and the good guys can perish as a result.

Bifidobacterium bifidum is an example of a beneficial Probiotic bacteria.

Pathoigenic yeast such as Candida albicans is an example of a bad guy.

When pathogenic, or Gram – Negative (another word for bad buy) bacteria outgun our beneficial bacteria, they produce a substance called Lipopolysaccharide, commonly known as endotoxin.

A study on mice showed that changes in the micro biome controlled the presence of endotoxins, and inflammation.

So, exposure to irritants and inflammatory triggers can mess with the harmony of your gut flora, which when imbalanced can cause leaky Gut.

Chronic Inflammation can impair the function of the organs that handle your digestion:

Another way a food intolerance can ensue is through compromised digestion. This often starts with stomach acid. Contrary to popular belief, it is actually when stomach acid looses its acidity that causes indigestion and acid reflux, where food passes on without being fully broken down.

The digestive efficiency of other organs are similarly affected by the causes above:

This is the stage you find yourself running inflammatory circles. Food intolerances, caused by dysbiosis initiates inflammation. Non food triggers, such as stress can also cause inflammation, leaving you unable to tolerate foods.

Take a look at your digestion, your micro biome, and your gut and establish which one(s) are letting you down. Let your symptoms be your guide.

You can assess these with labs that will indicate imbalance, deficiency and damage:

You can take a secretory Immunoglobulin A test (SIgA) to check for signs of a Leaky Gut and infection. You can order these online or through a nutritionist/naturopath.

To check for dybiosis, the imbalance of the gut flora you can arrange for a micro biome profile.

Once identified you can get to work on removing the specific triggers from your life in order to prevent further damage. This requires you to take a trip down memory lane to recount your eating habits, use of medications/antibiotics, stress and other triggers.

To move forward, you may have to implement action steps, from removing sugar, to sourcing organic produce free of pesticides. Your approach may be unique and require you to use your intuition.

The first step to healing is to remove dietary triggers, your poorly tolerated foods. Once you remove these, you may get a better idea of what your other triggers could be if any, e.g. stress.

You can start by conducting an Elimination Diet. 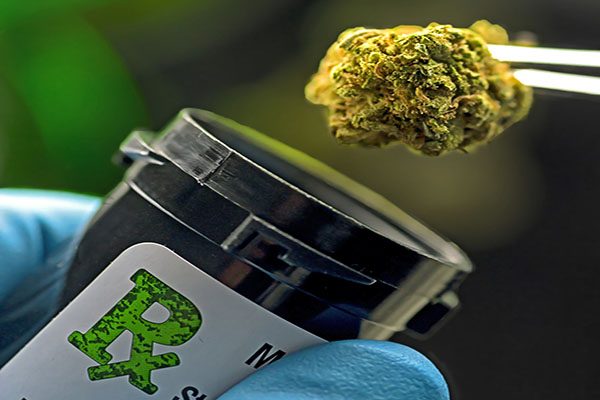