Warning: Parameter 2 to WPE\Site_Preview::the_posts() expected to be a reference, value given in /home/customer/www/chewsomegood.com/public_html/wp-includes/class-wp-hook.php on line 308
 HPA Axis Dysfunction: The Truth About Adrenal Fatigue 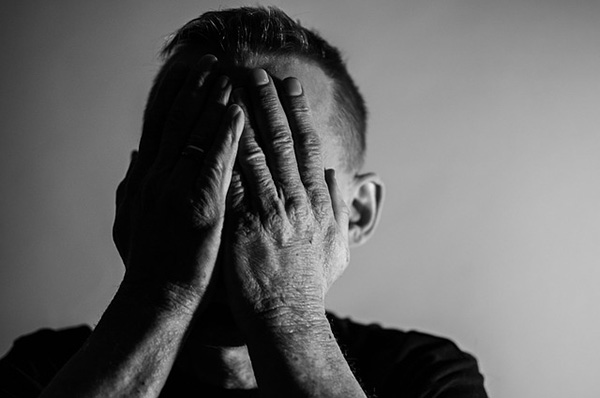 There’s nothing worse than lacking the get up and go you used to have to own the day, get shit done and have fun doing it.

Just getting through the day is a struggle as you dig deep to find the drive to get going in the mornings, sustain concentration throughout the day and get a good nights rest in when you’re done.

Where has your energy gone? A good mood, whats that? Memory, concentration…..well they’re not what they used to be.

For a lot of you, this may sound familiar. I was no stranger to these as I dragged myself through each day just hoping to keep up with my responsibilities.

Progressing in my work, fitness and social life was seemingly impossible in such a state. Its a little like treading water, hanging in there just enough to keep your head above water. Not a great existence, I’m sure you’ll agree.

You’ve probably heard of adrenal fatigue, and that its a grey area in terms of whether it actually exists or not. The scientific community isn’t so hot on the term and concept of adrenal fatigue, which is fair enough considering the little to no research on it. However, we both know that somethings up, if not the traditional model of ‘adrenal fatigue’ then certainly something else.

Lets take a deeper look into this phenomenon and get clear on what adrenal fatigue is, and if its an accurate picture of whats really going on.

What Is Adrenal Fatigue?

The concept of adrenal fatigue is nothing new. Its been a known phenomenon (but not recognised or acknowledged) for the last half century or so. Dr Hans Seyle was a pioneer in the area of stress, and contributed to the development of this concept.

As the name suggests, symptoms of adrenal fatigue start to present themselves as the adrenals become weary, and are supposedly unable to sustain their typical output of Glucocorticoids (namely cortisol), and Catecholamines like adrenaline.

The general consensus is vey much on the problem lying within the adrenals themselves, with little attention to any upstream pathologies, along the axis which the adrenals lie.

Stress is thought to be the main factor leading to the fatigue of the adrenals, based on the idea that prolonged stress chronically elevates cortisol, which puts a strain on the adrenals needed to produce it.

A man named Charles Sajous had a crack at giving it a more credible name – functional hypoadrenia, which could actually be a more accurate depiction of whats at play here, since we can still function, but far below the optimal thriving state we seek.

This is in contrast to an autoimmune condition known as Addisons disease where the adrenal glands produce cortisol at dangerously low levels, as a result of structural (and therefore functional) damage and impairment.

There’s nothing functional about Addisons, and this really does require some serious intervention.

You might have also heard of someone saying they are burnt out, having been burning the candle at both ends for too long. Its pretty common in the lifestyles of today, as we accumulate compounding stressors in our lives which eventually can be that final straw on the camels back.

What Are the Symptoms?

Does It Really Exist?

Although we both know somethings up, the scientific community certainly doesn’t entertain the typical model of adrenal fatigue.

The problem is the way this phenomenon is currently understood. The concept of adrenal fatigue is not supported with any mechanistic pathology to suggest that adrenals become ‘tired’ and reduce their cortisol output.

The only evidence for very low cortisol output from the adrenals is in Addisons Disease, which is autoimmune.

But, if we take a deeper dive into this phenomenon commonly known as ‘adrenal fatigue’ we can start to look at it with a fresh mechanistic understanding and a more comprehensive, and supported view.

The HPA axis is a neuroendocrine (hormonal) messaging network that communicates from the limbic system in the brain down to the adrenal glands, which sit atop the kidneys. HPA is short for hypothalamic pituitary adrenal.

Cortisol and Corticosterone are two glucocorticoid hormones which do the bidding of HPA signalling, acting as effector molecules. These hormones impact on bodily function is vast – in practically every cell and physiological process in the body.

Glucocorticoids are designed to optimise the response to environmental, circadian and physiological demands, as well as psychological inputs. That means they are elevated under conditions of stress – dealing with your boss, exercise, juggling your finances, undernutrition. Even under conditions which you might not consciously perceive to be stressful – sex, shift in appetite, anxiolytic drugs.

These hormones are also closely intertwined to the light and dark cycles – night and day. They vary dynamically in response to these cycles, and time of day. Your hypothalamus knows whats up – it houses a master body clock (superchiasmatic Nucleus or SCN) that senses these rhythms and secretes glucocorticoids in response.

Your quantity and quality of sleep, and exposure to sunlight therefore have a marked impact on the activity of the HPA axis, cortisol output and physiological function as a result.

Cortisol is released in a few patterns – ultradian (many bursts throughout 24 hr cycle), circadian (twice over a 24 hr period) and in response to stimuli (stressor induced).

Because of these influences on HPA activity, it might be clearer as to how cortisol output can be adversely impacted by our modern lifestyles.

Here is a typical pattern of cortisol secretion, hypercortisolim (stressed) and disruption (shift work). A burnt out or low cortisol would typically show as lower levels below that of the normal throughout the day, and possibly higher at night.

As you can see in the image above, the diurnal pattern of cortisol secretion can become disrupted in various stages of stress.

A normal cortisol response is high in the morning, which gives you that get up and go to get things shaking first thing. As the day progresses, Cortisol begins to taper off towards the evening where your melatonin (sleep hormone) is allowed to take hold and send you into a restful slumber.

You see a similar pattern in states of stress, but with lower levels in the morning and higher in the evening. Hence, harder to get up and take on the day, and more difficult to sleep restfully. Higher cortisol production in the evening (induced in this study by exercise) has been shown to blunt plasma melatonin, important for inducing sleep.

This could also be the case for elevated cortisol as a result of other forms of stress.

This pattern could also exacerbate the effect of lack of sleep on cortisol levels, which become influenced by sleep as a result of the interplay between the HPA axis and your inbuilt circadian clock.

This study found cortisol to be elevated over a two day period following partial and complete sleep deprivation. In addition, the secretion pattern of cortisol was delayed by 1 hour in the evening, where cortisol normally starts tapering off.

In the stages leading up to burnout, there tends to be a period where Cortisol is chronically elevated. Such a pattern is a hallmark of chronic, ongoing stress – emotional, physical and environmental.

When under stress, your body attempts to maintain equilibrium by a process called allostasis.

Its like homeostasis, which is the maintenance of internal balance in the absence of stress, but with stressor(s) applied. You could think of allostasis as equilibrium amongst change, a dynamic balance if you will.

A consequence of a high and increasing allostatic load is an increased HPA activity, or overactivity. As a result is an increased cortisol output in an attempt to maintain balance amongst what the body perceives as ongoing stressors.

Depending on the stressor, it might be obvious or not so obvious that you are in this state or not. For some people its over exercise, for others it could be an emotional memory or event that hasn’t been dealt with, which has been at work for years.

Subclinical Hypercortisolism is not to be confused with Cushings syndrome, which is also characterised by hypercortisolism. Cushings however is incredibly rare and is influenced by the development of tumours along the HPA axis.

Hypercortisolism tends to be a transient phase of cortisol secretion which can lead to the following stage.

There is a point to which your body can tolerate a certain ‘allostatic load’, until it tells you enough is enough and something must change. Stress increases allostatic load, even good stress (eustress) as well as distress.

Overactive HPA activity is a threat to your long term survival, and thus cannot be maintained. In an attempt to protect you from stress, your body employs a variety of mechanisms preventing it from entering self destruct mode. Under the circumstances this response is an adaptive advantage for your body, but not so much for your quality of life.

This is what happens when you find yourself ‘burnt out’ and is what is famously known as adrenal fatigue.

You could think of ‘burnout’ as a defence mechanism, a message that things cannot continue the way they are – a plea for a change of pace, a change of lifestyle, a lightening of the allostatic load.

Because cortisol is a steroid hormone, it has profound effects within cells throughout the body, and therefore tissues and organ systems. That means that it shifts the workings of some very important functions, such as inflammation and immunity, cardiovascular function and energy metabolism. Its for this reason cortisol needs to be tightly regulated, and why it cannot be allowed to operate outside of range for too long.

In the interests of long term survival, several very clever actions are taken to reduce your HPA activity and cortisol output:

The degree to which these mechanisms are enacted may depend on the duration, intensity, and number of chronic stressors at work.

So what you find now is hypocortisolism, or low cortisol – an adaptive response which overshoots the normal requirements for cortisol to remedy hypercortisolsim. 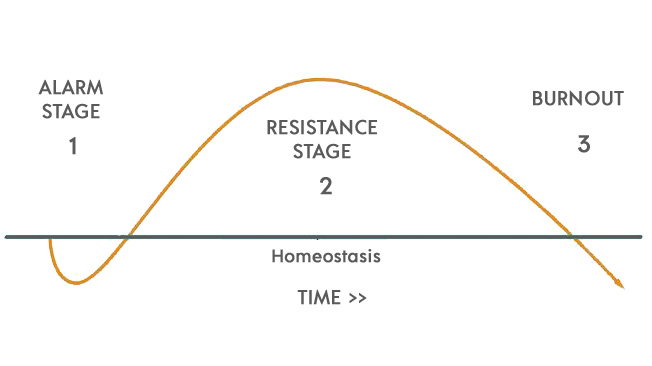 Hypocortisolsim is found in several stress related conditions such as IBS, PTSD, Chronic Fatigue Syndrome, Lower Back Pain and of course Burnout. As a result of protective adaptation, a few negative side effects like increased pain, fatigue and sensitivity to stress occur.

The famous fatigue is largely underpinned by your now low levels of Cortisol, since it enables you to kick up blood sugar when its low, and mobilise fats and proteins for metabolism and utilisation. As a result, your energy production is compromised, particularly in the mornings.

A reduced tolerance, ability to cope with, and sensitivity to stress are other side effects of hypocortisolism. A reduced resilience to be specific.

The reason you may find yourself in burnout is because your body has been depleted of its reserves, which allowed you to tolerate a heavy and prolonged allostatic load. Those reserves have been depleted and therefore need to be restored in order to increase stress tolerance and build resilience once again.

A few measures you can take to recover include: 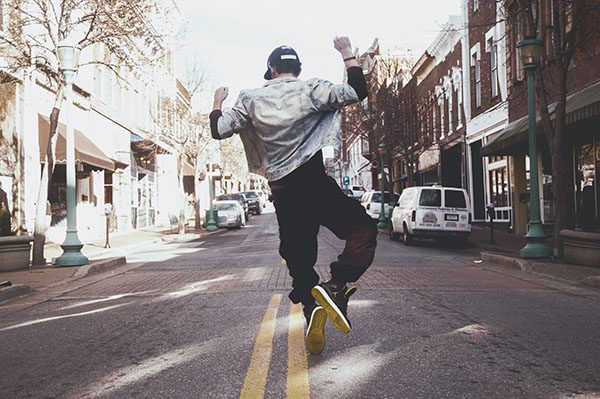 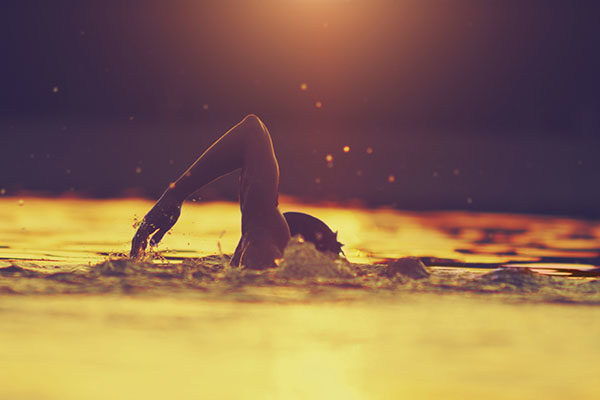 How To Make Your Workouts More Productive, and Recover Stronger 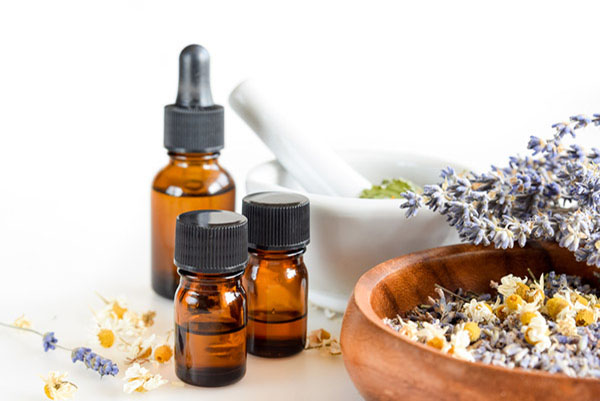 How To Treat IBS and IBD With Your Garden 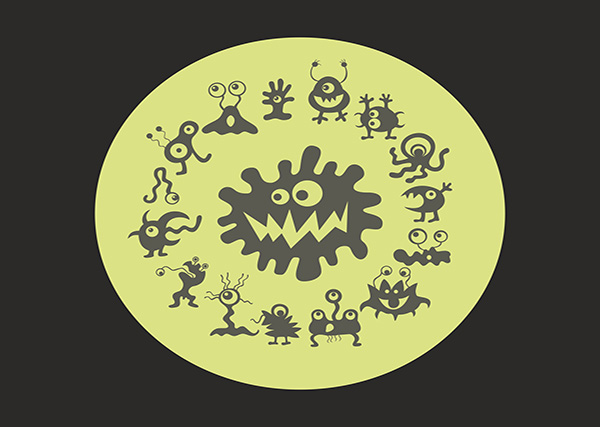 The Microbiome: Hidden Roots of Your Energy, Mood and Digestive Health 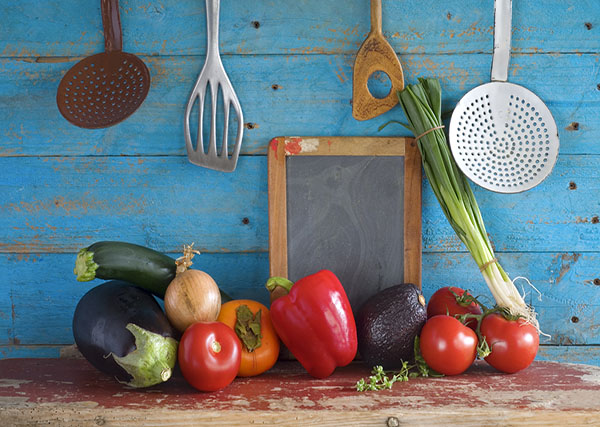 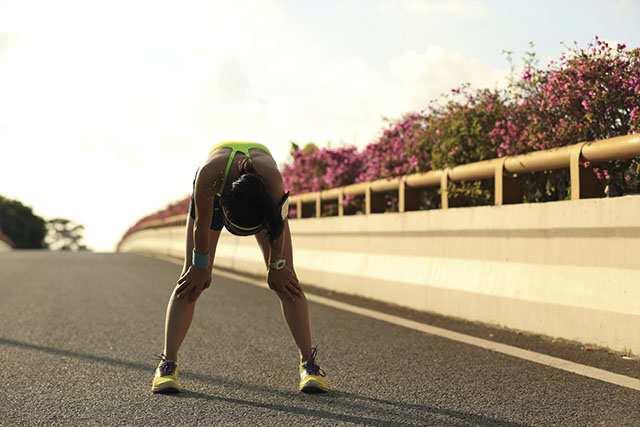