Warning: Parameter 2 to WPE\Site_Preview::the_posts() expected to be a reference, value given in /home/customer/www/chewsomegood.com/public_html/wp-includes/class-wp-hook.php on line 308
 Metabolic Flexibility: The Secret To A Great Body, Energy & Longevity » Chewsomegood

Metabolic Flexibility: The Secret To A Great Body, Energy & Longevity 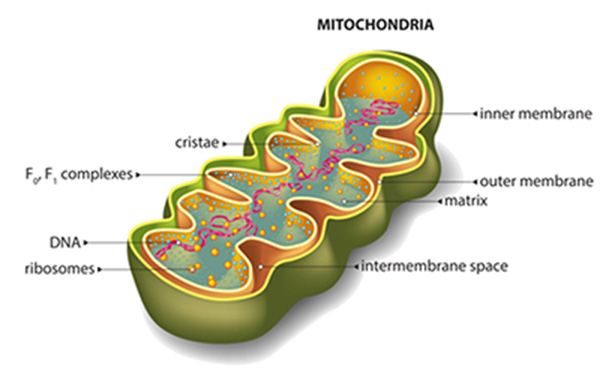 Metabolic flexibility is a clever mechanism which has allowed us to efficiently hoard or expend energy in response to seasonal and environmental changes year to year.

This process is controlled by nutrients, hormones, gene transcription factors and cell signalling systems that act just like switches.

A metabolic switch essentially changes the way your energy is partitioned, stored and used in the body. Glucose and fats (fatty acids and ketones) can be used to make cellular energy, and can compete with one another (*).

Subsequently, this goes on to affect the function of many other bodily systems, and eventually, the balance between health and metabolic disease.

Metabolic (In)flexibility is the loss of the ability of cells and tissues to adapt fuel utilisation to fuel availability (*).

Essentially the goal with fats and glucose is to synthesise ATP, the bodies energy currency. Besides just generating ATP, these macronutrients, including protein, can be converted amongst one another.

When fasting, fats may be converted to ketones to spare glucose for DNA turnover and blood sugar regulation.

Also, when having eaten more glucose and/or fructose than needed on the spot, they will be converted to triglycerides (fatty acids + glycerol) and stored in the liver and fat tissues for later use.

Excess fat is also stored as triglycerides, and glucose can also be stored in muscle and liver as glycogen.

These processes are essential for the maintenance of a healthy body composition, cognitive function, energy, vitality and disease prevention in general.

This is where the magic happens – Mitochondria are like small organs that live inside of cells. Arguably the most significant metabolic activity occurs within the mitochondria, where the vast majority of ATP is made (~ 36 molecules per unit glucose) from what we eat.

Within the mitochondria lies a complex of enzymes which regulate the partitioning of energy, using pyruvate to make Acetly-coa which goes through the TCA cycle (see image below) to produce ATP.

This is called the pyruvate dehydrogenase complex, or PDC for short. The complex uses Pyruvate Dehydrogenase Kinases (PDK’s), which are enzymes that can either up regulate or down regulate PDC activity.

Think of the PDC as the master lock which controls the balance of fat and glucose metabolism, and PDK’s as a set of keys that steer it:

Here, the mitochondria must make a choice between acetyl CoA delivered by either the PDC or β‐oxidation (fatty acid burning) (*).

This is the essence of metabolic flexibility.

The PDK’s (and ultimately the PDC) and fat burning is controlled by a number of nuclear receptors, transcription factors, hormones and nutrients which act on behalf of diet, exercise and lifestyle in general.

AMPK, SIRT1 and PGC-1alpha are key regulators of the PDK’s and fat burning, and act as an orchestrated network to improve metabolic fitness (*). We’ll see how those tie in later, and how they can be hacked to steer metabolic flexibility.

A central hormone in metabolic flexibility is insulin. Sensitivity to insulin controls PDC activity, and essentially what fuels are selected, burned and stored.

There are a lot of ways (In)Flexibility appears. Here are a few.

Insulin, under normal conditions, is meant to ↑ PDC activity and encourage glucose to be used to make ATP (and glycogen).

This is contextual, and depends on the composition of your diet overall. Eg total calories, the relative contribution of fat type to total calories, dietary antioxidants, fibre intake and refined carbohydrate intake.

In the context of a ketogenic/low carb high fat diet, a high fat intake may not be indicated here (providing these diets are rich in antioxidants, fibre and balanced in fat type). 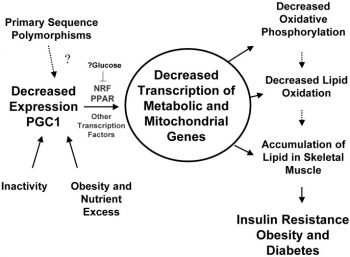 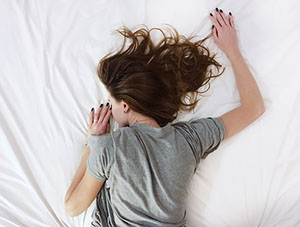 Your circadian clock is closely coupled with metabolic efficiency. Variations to this rhythm can influence metabolic flexibility, via a number of molecular pathways (*)

The circadian clock (in the SCN – brain) regulates metabolic function, in part, through NAD+ and other factors to modulate SIRT1 activity (*).

SIRT1 regulates metabolic fitness of mitochondria, and its activity is enhanced with melatonin (*). In other words, low melatonin reduces SIRT1 activity.

Melatonin is a key sleep inducing hormone, which is sometimes offset with aytipical cortisol pattens – high at night. Also, its synthesis from Tryptophan/Serotonin may be an issue, possibly due to nutrient deficiencies, methylation issues and/or inflammation.

As little as 2 hrs sleep loss over 1 week is associated with an increased secretion of IL-6 (*), which decreases insulin sensitivity (*).

Growth Hormone reduces the uptake of glucose by cells, and sleep loss prolongs exposure of cells to GH (*), which could disturb glucose homeostasis.

In the process of generating ATP with electrons (from macronutrients) through energy metabolism, signalling molecules called reactive oxygen species (ROS) are also made.

Imbalances between ROS and antioxidant reducing agents is implicated in many functional imbalances, such as fatigue and brain fog, and chronic diseases such as diabetes. 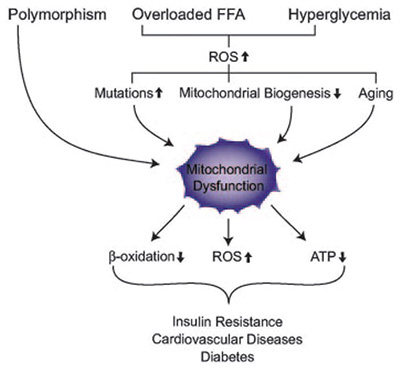 (A Few) Ways ROS are Produced

Biogenesis is the process by which mitochondria regenerate, and reduced biogenesis reduces the number of mitochondria available, which reduces metabolic capacity overall (*). 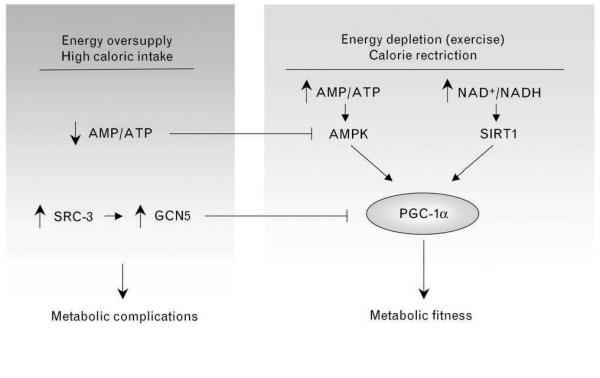 In terms of metabolism, inflammation can be induced from the overproduction of ROS. This is called metainflammation (chronic/low grade) and is a core driver of metabolic dysfunction (*), many functional imbalances and diseases.

Inflammation plays a central role in a vast majority of chronic diseases and functional imbalances, and metabolic inflexibility is one way which it can be induced.

Exercise is about as essential as it gets for health and longevity. Metabolism, and just about everything else from gene expression to digestion respond to movement.

Implications of imbalanced gut flora are increased gut leakiness, both in the colon (*) and small intestine  (SIBO) (*).

LPS activates NF-KB, and binds to toll like receptors (TLR4) to induce inflammation through cytokines including TNF-α (*). TLR4 are found on tissues which regulate metabolism, including fat, liver and muscle cells.

T2D patients had up to 76% greater concentration of LPS than healthy controls (*), indicating gut imbalances could drive metabolic (in)flexibility. 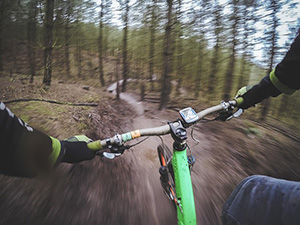 After 60 hours of fasting in healthy volunteers, plasma glucose decreased by 30% as well as insulin by 50%, in addition to increased rates of fat oxidation (*).

Intermittent fasting for 2 days a week over 6 months in obese and overweight women proved to be more effective than calorie restriction alone. Weight loss was – 6.4 kg vs 5.6 kg, and reductions in LDL, CRP, and triglycerides were notable (*). 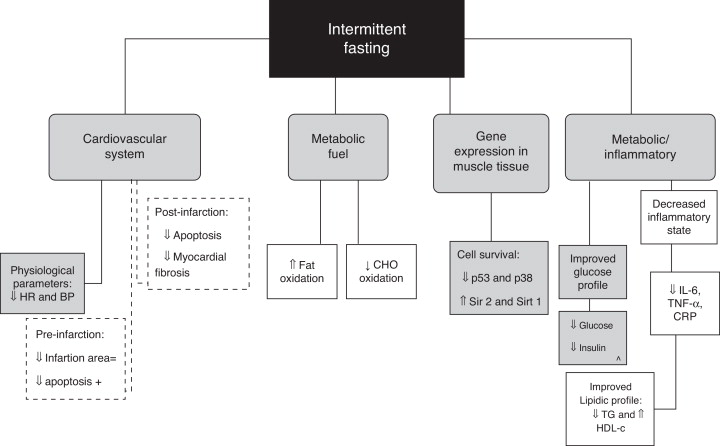 In older men, fasting and calorie restriction after 3 months produced less anger, confusion and tension, as well as better mood and body mass (*).

Many clinical observations relate an early (between day 2 and day 7) effect of fasting on depressive symptoms with an improvement in mood, alertness and a sense of tranquility reported by patients (*).

Lack of dietary antioxidants is associated with certain metabolic complications in healthy young men (*), and a mediterranean diet rich in antioxidants after 2 years reduced body weight and improved metabolic function in over 50 % of those receiving it (*). 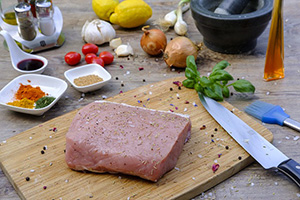 A ketogenic diet will effectively bypass an under active PDC, as Acetyl-coa can also come from fats from beta oxidation, and go through the TCA cycle to produce ATP.

A 2 year RCT found an ad libitum ketogenic diet to be just as effective for weight loss as a calorie restricted Mediterranean diet (*). Additionally, LDL and total triglycerides were reduced as well as increased HDL cholesterol.

A Meta analysis of RCT’s found KD’s to be effective for weight loss long term (*).

Improves mood and cognition in patients with PDC defects (*).

23 adults with mild cognitive impairment followed a ketogenic diet for 6 weeks, and had improved memory performance, which was correlated with increased ketones (*). In addition, there was a hint at a relationship with insulin reduction.

Nrf2 is a transcription factor, which is activated by plant chemicals, and small amounts of environmental stress.

Nrf2 activates your own built in antioxidant system, inducing antioxidant enzymes which drive the synthesis of glutathione (*) – the master defender against oxidative stress.

AMPK is an enzyme which maintains cellular energy homeostasis. It regulates many physiological processes and is dysregulated in obesity, diabetes, inflammation and cancer (*).

Because of its diverse regulation, its a good place to ‘hack’ metabolism, in addition to addressing macronutrient ratios, caloric intake and eating frequency. 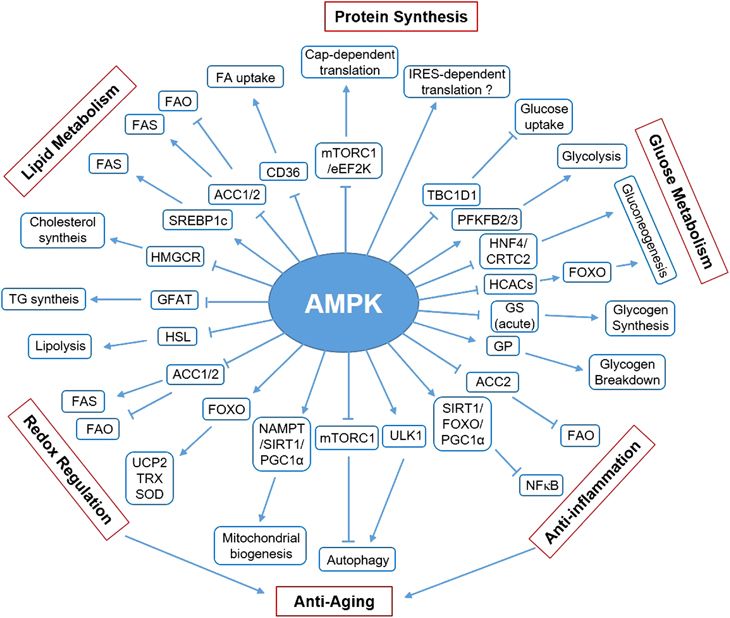 Increasing insulin sensitivity may therefore allow better regulation of PDC through inhibiting PDK’s, and reduces the demand for the pancreas to overproduce it. This should help maintain a healthier weight.