Warning: Parameter 2 to WPE\Site_Preview::the_posts() expected to be a reference, value given in /home/customer/www/chewsomegood.com/public_html/wp-includes/class-wp-hook.php on line 307
 CBD: A therapeutic cannabinoid to support a healthy lifestyle

CBD is one of many cannabinoids that comes from the Marijuana and/or hemp plant. Unlike the most notorious of Cannabionoids, Delta-9 tetrahydrocannabinol (THC), it is non psychoactive. There is no high associated with its use.

The ECS interacts with many other systems in the body, such as the nervous, immune and limbic system. The ECS functions to maintain health and balance on its own.

Our own cannabinoids (endocannabinoids) are at work all the time within the ECS. One EC, for example is anandamide. This cannabinoid acts as an endorphin – it is part of what makes you feel great after a run!

The ECS changes when we ingest cannabinoids, such as CBD or THC. After having smoked Marijuana or taken MJ medicine, the activity of the ECS changes.

CBD is an amazing cannabinoid. Its ability to address so many health conditions is down to its interaction with the ECS and other receptors in the body.

This article looks at how CBD can assist in Weight control, mood disorders and inflammation.

It is possible that CBD can help increase quality of life for those with certain health complications. Combined with lifestyle and habitual change, CBD shows promise in supporting positive outcomes.

CBD as an antioxidant 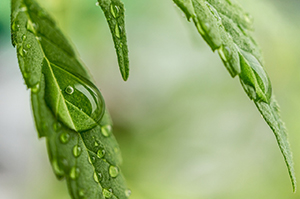 Like some Vitamins and minerals, CBD acts as an especially potent antioxidant. One study showed CBD to be more effective than Vitamin C and E in protecting neurones exposed to toxicity (5).

Antioxidants are essential for the prevention of disease. They donate lost electrons to cells that are damaged by free radicals in the process of oxidation.

Oxidative processes happen to a small degree by just breathing. Oxidation can even happen with exercise. The body can tolerate certain levels of free radicals. However, overexposure to free radicals can cause complications.

Alcohol, cigarettes, stimulants and pollution introduce a lot of free radicals into the body. This can lead to an over accumulation and a state of imbalance.

Free radicals are menaces to cells. They are unstable due to their electron imbalance. They damage proteins, DNA and cell membranes by stealing electrons in cells all over the body. This contributes to the ageing process, known as oxidative stress.

Diseases underpinned by inflammation correlate with long term oxidative stress. This is why it is essential to ensure high levels of antioxidant consumption to keep free radicals neutralised. We need an army of antioxidants to fight back!

This is one of the ways in which CBD contributes to cellular health, slowing the ageing process.

Adding in extra antioxidants from CBD can support the action of foods rich in dietary antioxidants. A couple include blueberries and Cacao, known for their abundant antioxidant profiles.

Smoking or ingesting Marijuana has noticeable affects on appetite. Everybody knows about the munchies; it is what Marijuana is most renowned for by the mainstream. There is intrigue into the role that cannabinoids play in mediating this response, and their affect on metabolism.

It seems counterintuitive to suggest that Marijuana compounds which stimulate appetite can also act as a means of weight control. It is a fascinating paradox!

What does that mean for those who want to lose weight and gain better control of it? It appears that CBD (and THC) may alter the way food gets used and stored in the body.

The presence of THC may alter the effect of CBD as it has a weaker affinity for the CB receptors. Therefore, taking CBD alone may result in better appetite control.

The ECS participates in the control of fat and sugar metabolism in several organs and fat tissue throughout the body (2).

The ECS can become overactive due to unbalanced eating (5,2). Consequences of an overactive ECS can result in:

This is where the cannabinoid cavalry comes in. The ECS has two receptors, CB1 and CB2. The CB1 receptor influences appetite and energy metabolism. It is found predominantly in the brain. The CB2 receptor is found within the immune system and regulates inflammation.

Blocking the CB1 receptor reduces the activation of the ECS and alters appetite and energy metabolism:

A human study showed a weight reduction of 6.6 kg compared to 1.8 kg placebo when rimonabant, a synthetic cannabinoid was used to block the CB1 receptor (6).

Another human study showed a significant increase in HDL cholesterol 19.1% and decrease in triglycerides of 12.6% with rimonabant (7).

Glucose (sugar) stores in skeletal muscle as glycogen and is released into the bloodstream when signalled. CB1 blockage acts on skeletal muscle to reduce blood glucose and insulin levels (8). Insulin is responsible for storing fat in cells and springs into action when glucose enters the blood.

Adiponectin is a protein which regulates glucose through insulin and regulates fatty acid breakdown. A key player in energy metabolism! Plasma adiponectin was found to significantly increase when rimonabant was administered (9).

The study findings of rimonabant on fat and glucose metabolism are intriguing! The studies show that blocking the CB1 receptor can cause a biochemical domino affect. This cascade affects the way food gets used and stored in the body.

Now the good stuff, no synthetic cannabinoids! Similar observations were seen in current users of Marijuana. A study compared the biomarkers associated with diabetes and obesity in current, past and non Marijuana users.

Compared with past users, current Marijuana users had 16% lower fasting insulin levels and 1.63 mg/dL higher HDL-Cholesterol levels. This shows promise for Marijuana in addressing Insulin resistance and obesity, demonstrated by the change in biomarkers associated with these diseases.

CBD has a lower affinity for the CB1 and CB2 receptors than THC but still acts as an antagonist (blocks) for both receptors (3,4). The antagonism of the CB1 receptor could be responsible for the observations in the study above.

It could be that CBD administered without THC has further benefit to CB1 antagonism and therefore weight control. 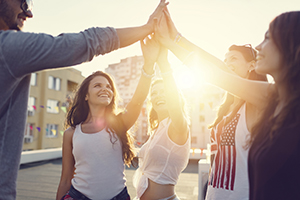 A large part of mood disorders is biochemical. Established medications currently target specific receptors and enzyme activity at neurone sites. These, however come with a range of side effects and are not a long – term solution.

CBD, a therapeutic cannabinoid has shown great promise in alleviating signs of anxiety and depression. Its use is safe and implemented alongside lifestyle change to effectively combat depression and anxiety.

There are several ways in which CBD can provide relief from depression and anxiety:

Our own endocannabinoid system plays a regulatory role in how we may be feeling, acting and thinking. It shows activity within the limbic region of the brain. This regulates emotional behaviour, mood and stress response.

Endocannabinoid’s affect the way the brain sends messages. The brain uses neurotransmitters (chemical messengers) to communicate. Neurotransmitters are key players in how we may be feeling, thinking and acting. If depleted or imbalanced, then often disturbances in emotional stability, mood and stress can occur.

Deficits in ECS signalling may result in mood disturbances including depression and anxiety (10). If the ECS is not communicating properly then this can affect the communication of neurotransmitters.

CBD and other cannabinoids have been shown to alter the activity of the ECS (11,12). This offers support in an imbalanced or deficient ECS.

The aim is to use therapeutic cannabinoids such as CBD to support the activity of the ECS. This may reduce depression and anxiety and increase the quality of life of the individual.

5HT1A is a serotonin receptor. Serotonin is one of the most well known neurotransmitters. It is mostly known as the happy chemical and ensures emotional stability and defence from stress.

The 5HT1A receptor plays a role in many processes, including anxiety, mood and depression (13).

CBD activates the 5HT1A receptor causing a biochemical domino affect. Activation of this receptor by CBD can ease anxiety (14) and act as an anti-depressant (15).

Again acting as an agonist, CBD activates the A1 and A2 adenosine receptors. Activation of these receptors down-regulates the release of Dopamine and glutamine (16), both neurotransmitters.

These neurotransmitters are responsible for motivation, memory, cognition and mood. When their release is down-regulated, a calming and anxiety easing effect occurs.

CBD as an anti-inflammatory 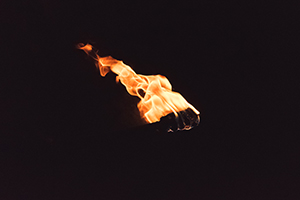 Inflammation can occur from many dietary and environmental triggers. It is identified to be the route cause of many diseases. Sedentary lifestyle, poor dietary choices, exposure to toxicity from the environment all drive inflammation.

So, it is important to include anti-inflammatory foods and lifestyle changes to combat inflammation and the prevention and development of chronic disease.

Like antioxidant rich, omega-3 abundant foods, CBD has a profound effect on inflammation. In fact, potentially more effective than vitamin C and Fish oil as an anti-inflammatory agent.

This means that CBD, like other anti-inflammatories could be effective in reducing the risk of inflammation alone, or in combination with dietary and lifestyle changes.

CBD is also a TPRV-1 receptor agonist. Binding and activating this receptor results in reductions in inflammation as well as neuropathic pain. The TPRV-1 receptor is a prime target for pain reducing medications, called analgesics.

With evidence of CBD’s therapeutic potential, it is of interest to provide this medicine to people who

CBD is also known to be effective in treating many other conditions. More information can be found at www.projectcbd.com 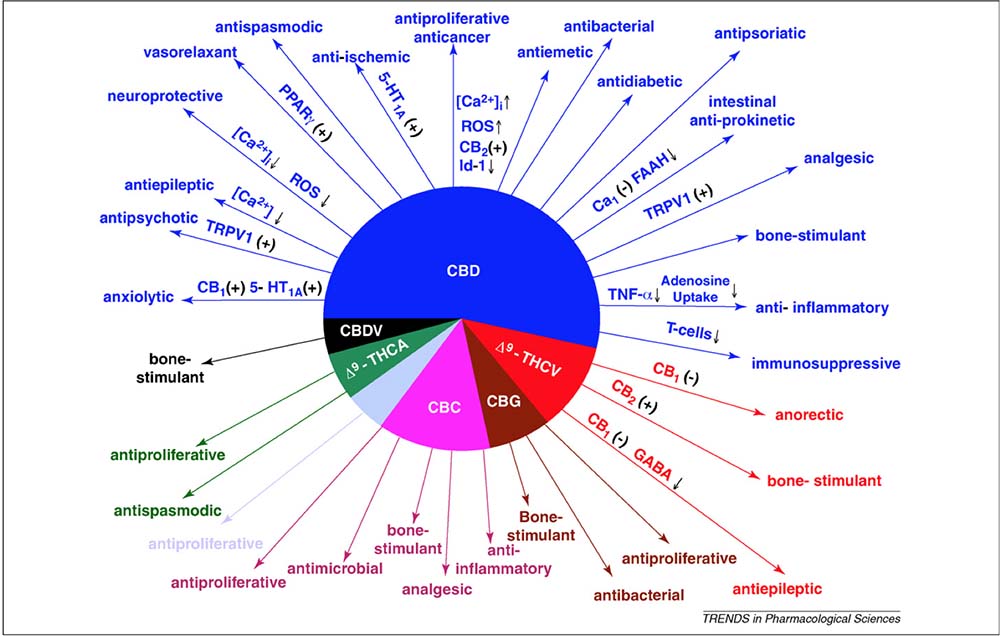 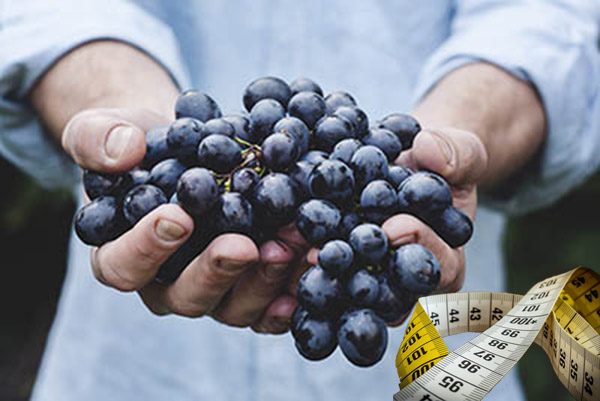 Why Personalised Nutrition Is The Best Way To Go 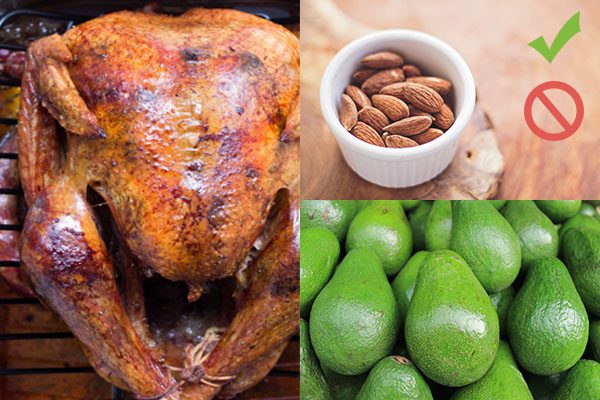 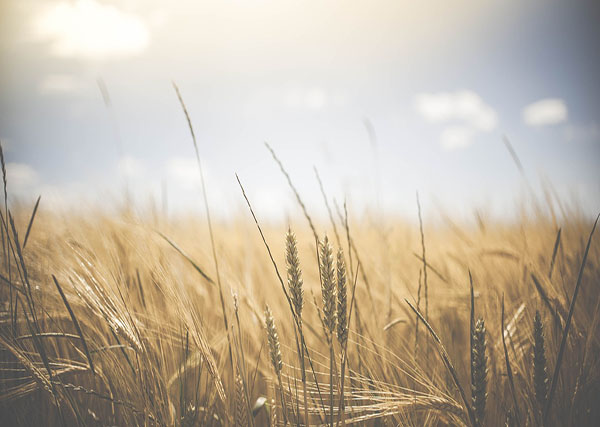 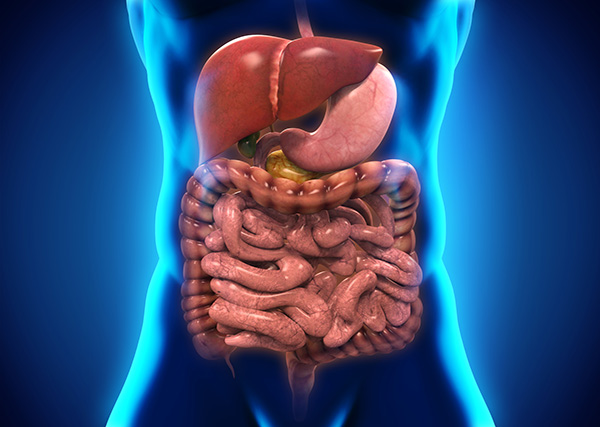